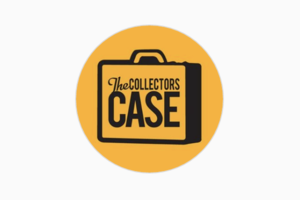 $25.00
per month
Subscribe
Write A Review
User
Collectors Case's content can be enjoyable, but the company's operations are awful. From shipping to customer service, you do not want to have any issues. It will not be resolved by their side. Out of the six or seven boxes I've gotten, I have had two major issues: 1. The month they shipped the Punisher logo mug, my box came in with the mug completely unsecured in a cardboard box, resulting in it shattering during shipping. I sent customer service a photo of the mug and asked for a replacement mug. They refused and instead offered me a 15% coupon. When I pushed further, they stopped responding. The mug with the highlight of the case, and they refused to do anything other than give me a $3.75 coupon. 2. I unsubscribed after the above incident, but got an email about their December Christmas box and really liked the content. I decided to give them another try. By mid-January, the box had still not arrived. I emailed them on 1/22 and asked why it hasn't been shipped. They replied the next day saying the inquiry would be sent to "shipping." I received a shipping confirmation from them THREE days later -- to my old address, which had already been updated on their website. I replied to their "very sorry" email (which offered nothing to me after a month-long delay and an obvious hiccup in their process) with a complaint about my address. They offered up an excuse to this one that didn't make sense, as they clearly did not check my address. In the end, I requested my money back, as I'm done with this box. They denied that and offered me a 25% coupon. I'm getting my Christmas box in February, and they offered me a 25% coupon.
Shipping
Customer service
Retail value
Quality of products
Curation
Ease of canceling
Must be logged in to write a review.