TeeBlox is a monthly subscription service for your favorite tees. We specialize in curating branded shirts in the following categories: Games, Movies & TV Shows, and Beer & Liquor. TeeBlox also includes an assortment of curated geek and gamer "gears" in every shipment. Shipping is an additional $15 for international customers. Style Plan by Frank And Oak for Women

How Do Subscribers Rate TeeBlox?

Kris
5 Reviews
Just got my first TeeBlox and while the shirt was too big for me, it will work well for my fiancé and being that it was Popeye, he thinks it is awesome.
Report 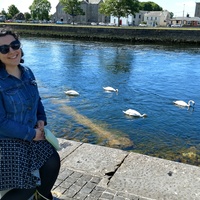 botsy
8 Reviews
I had gifted myself a one time box to check it out way back in late january. By the end of february, early march I still hadn't received anything so when I sent them an email asking what was up the replied back right away and resolved the issue, and the box came within a week. I thought customer service was great. I got the disney variety and I got a mickey mouse shirt which I think is cute- I like it but I also got a map of the world and a comic to go with it. I've noticed in the reviews here that comics get sent out with every box but I don't see how its relevant to the disney theme at all. Just nitpicking here but overall I enjoyed this box. I don't see myself keeping this as a subscription but I might, every now and then, get a one time box if the mood strikes.
Report

Brittany
3 Reviews
I've gotten 4 shirts from them. Very little variety and customer service is poor. I've been sent 2 Yoshi shirts and 2 TLOZ shirts. Last month they billed me and didn't even send the shirt out or give me a tracking number. I emailed them a week later and they sent me an email with a tracking number. No apology, no other contact from customer service. It arrived shortly only to be another Yoshi shirt. Yes, that's the last straw.
Report

Katie
18 Reviews
I subscribed for my husband. He still likes to wear his t-shirts and the weirder the better he says. The quality of the shirts we received are very good, the size accurate and more importantly, the designs on the shirts were very well liked. This is a affordable way to keep my husband in t's that he likes.
Report

Sarina
2 Reviews
Looked cooler on the YouTube reviews! Luckily received a batman shirt that my boyfriend loved but did not receive a poster like the YouTube reviewers did. I guess for $12 this is what you get but I will probably only get him a month or two more since this box doesn't have too much to offer. The comic book aspect is pretty cool though.
Report
Close Gallery
❮ ❯

Style Plan by Frank And Oak for Women