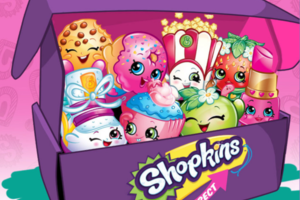 $30.00
per delivery
Subscribe
Write A Review
User
BEWARE....I made the mistake of signing up for the black friday/cyber deal which was for the new subscription box (fall). Instead they sent me the box alteady posted online (summer?) which totally ruined the surprise for my daughter because she already saw that box. Also customer service is horrible. I had sent an email 2.5 weeks ago asking a question and never got an answer, which should have been a warning sign now that i look back. I received the first box and voiced my disappointment and it took days before they got back to me and thats after i had to send another email stating i was going to cancel mu subscription if no one got back to me. Wow! Then it only took one day! And on top of that they didnt even try and resolve the situation. They just stated they were canceling my subscription! So that shows me they never even bothered to read my other emails! Rediculous!!
rating n/a
Must be logged in to write a review.