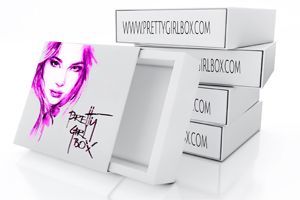 Pretty Girl Box is a subscription box for girls (Tweens to Young Adults). Each box contains samples of various bath, beauty products, and fashion accessories needed to make you feel your prettiest.

Rachel
no longer available
rating n/a
User
I was getting this box for my daughter. They charged my account right away in August 2015, a month went by and they attempted to charge my account again. I sent an email to the company stating I was not going to process payment again until I saw the first box I paid for. They responded almost right away that the first box was due to ship in September. They continued to attempt to receive payment (I have an account I only put funds in when needed for these kind of instances) so I emailed them again. They prepared shipment right away this time. The stuff my daughter was getting in her boxes was cheap, would break, or things you could get at the dollar store. Every month, the boxes seemed to come later and later. I finally gave up and canceled the subscription September 2016.
Shipping
Customer service
Retail value
Quality of products
Curation
Ease of canceling
User
I have been getting this box for my daughter for a few months now. She always looks forward to her box. There are a few items she has gotten that were just cheap items and either broke or just fell apart but for the most part there are some pretty fun things in there for her.
Shipping
Customer service
Retail value
Quality of products
Curation
Ease of canceling
Must be logged in to write a review.