Pet Giftbox is now PetBox. PetGiftbox is a subscription box for dogs and cats, that sends 4-6 different items each month. How Do Subscribers Rate Pet GiftBox?

Peacey
9 Reviews
Cat box had a nice variety of items, friendly curation. Part of proceeds for the month I received went to Vet dog programs and that tied in well with the US Army pet throw and USA/paw car magnet! My cats loved the treats but didn't care about any toys other than the 'cat wand' -big hit and interactive. Good value and curation, pet parent friendly too. A bit pricey, but all the pet boxes are! :oP
Report 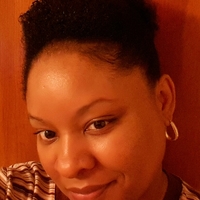 ChaCha
3 Reviews
I will never deal with them again. They have really cute boxes and my dog loves them (so do I), but their customer service is some of the worst I've ever seen!! They are very rude and condescending. I was charged three times in one month even though I should have got charged just once. When I got upset and asked to cancel, the rep made it seem like I was throwing a temper tantrum and basically said that they were tired or refunding me for getting mad about them charging me. Really??? I asked for two refunds because these were two WRONGFUL charges. I already paid for the month, being charged two more times was THEIR error. That was the last straw for me. Nice box, but horrible customer service and not worth the trouble or frustration.
Report

Tia
21 Reviews
Meh. I really wanted to like it,but it's extremely overpriced and my cat didn't enjoy a lot of the toys,but that's him,not what they sent.So it was really hard to justify. After my first box,I cancelled it,then they emailed an offer of a price that really wasn't that bad,so I was curious. Unfortunately,when I clicked the email,it literally automatically signed me up for it,and you can't cancel it for an extended period of time. I went back to the email and sure enough in the fine print,if you open the link you are 'agreeing'. It was just extremely shady,and my dealing with customer service later on to get my account deleted was an awful mess of them not listening to me and not doing what I asked.
Report

Dawn
First Review
Was charged for a second box one week after I placed me first order. And I was charged $27.99! I emailed them multiple times since I was unable to effectively cancel my order through their website. Once I was able to accomplish that they completely ignored the fact I was charged a 2nd time. I then emailed them again and eventually received a refund for that 2nd charge. Their excuse was that sometimes there billing department has glitches! Seriously?! It was not worth all the headaches. The box finally arrived over a month later. Even though I had a Fed Ex tracking number it ended up coming through the post office. Which made no sense. The items in the box are not worth it at all. The value of the contents are valued at $33.95 (according to them) yet they charged $27.99. I received 2 little cat toys, a bag of treats, a plastic brush and a piece a fabric to wipe up cat fur. If you subscribe to this company check your bank account frequently!
Report

Linear
3 Reviews
I had this for both a dog and a cat, i subscribed at the same time with the same account. And yet i would get two dog boxs instead of a cat box, then it would finally catch up and get my cat box. Sometimes sending me two of the same dog boxes... oh it was a mess! I really wanted to like the box, but the charge time and the delivery time where so random! Plus, i ended up with so many treats, i havent had a box from them in a year and I STILL have treats im trying to go through.
Report
Close Gallery
❮ ❯