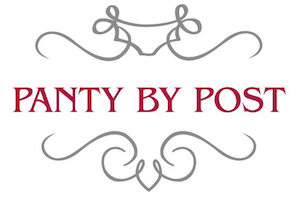 not yet rated
Ships to:
intimates, underwear

PBP is a monthly subscription to receive a pretty panty in the mail. It's a gift for yourself or a friend. The panty comes in a beautiful package and it's different every month. We have three subscriptions to choose from (Basics, Signature and Premium) and a Bridal, Men's and Shop.

Lizzie
RUN FAR AWAY!!! Panty by Post has provided the WORST customer service I've ever experienced. I've had an entire saga with them, but basically they sent me the wrong size and when I emailed them, they made it clear that we could exchange for the correct size. They were unclear about return shipping so I had to repeatedly pay for return shipping myself. I was not satisfied with their service so I cancelled. Not only did they still charge me $35 more than a month after I cancelled, they ALSO charged me $35 for the replacement pair even though I returned the smaller size! I contacted them on October 24th about refunding the $70 and still have not received a penny back. They replied to my emails long enough to get their mistakenly sent merchandise returned, but now I haven't received a reply to my emails since November 3rd (13 days and counting). There is NO reason why this is taking so long to resolve nor any reason why I have not received a refund, especially as this is due to several mistakes on their end. I don't normally turn to social media bashing, but Panty by Post's lack of response is atrocious. I've spent my own money to rectify their mistakes and now they won't even reply to my emails.
rating n/a

[email protected]
The thing to get by them is premium, that has the sexiest, most worth-it undies. My husband absolutely loves every pair I've gotten (of the premium) so I consider it a good investment!
rating n/a
Must be logged in to write a review.

Save 50% off your first box