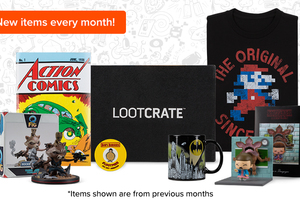 Loot Crate is a monthly subscription for geeks and gamers. Each month they send 4+ items from your favorite pop culture franchises - including a t-shirt every month and more licensed and exclusive items. Expect collectibles, gear, figures and more – $45+ value in every crate

Deal Alert!
Click Here to save 10% off any length subscription, or $3 off month-to-month
$19.99
per month
Subscribe
Write A Review 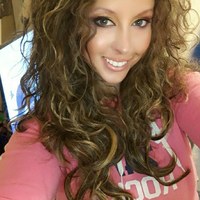 Crystal
Idk but I love the cool and corky things in it just haven't really seen much advertising or talk about it and I think I'd love the items from what I've seen but with there being so many subscriptions it gets confusing so I'd really love to get one and see what its really like in person. The theme itself is right up my alley but just don't know if I'm seeing the real deal or its not what its cracked up to be. If it is what it looks to be then i know I'd definitely subscribe but just need a reason to pull the trigger on it.
rating n/a
Andrew
Theyve been going down hill for over a year and a half now. Barely get the product out on time and failed to fulfill the order I put in for the LOTR crate over two years ago. Would not recommend at this point
Shipping
Customer service
Retail value
Quality of products
Curation
Ease of canceling

Christy
I am beyond livid with lootwear! I haven't received a single item since March! I got an email, after reaching out to them.. they have NEVER bothered to let me know there are delays, saying that I should be receiving all missing shipments from march til present at the end of July. That never happened, so I reached out to them AGAIN just to be told that it would be the end of September! They have taken money from me every single month and provided no goods for it. All they are doing is changing dates of shipments and steady taking the subscription. This is absolutely theft! I have reached out to them multiple times wanting a customer service number and they refuse to give it to me. There replies are always robotic at best. The WORST customer service I've ever experienced in my life!
Shipping
Customer service
Retail value
Quality of products
Curation
Ease of canceling
view more reviews (74)
Must be logged in to write a review.

What is Loot Crate?

Is Loot Crate worth it?

When does Loot Crate ship?

What kind of items will Loot Crate send me?

How much does Loot Crate cost?

When does Loot Crate charge me?

How do I cancel Loot Crate?