"We hunt down the best beauty products from around the globe for you to discover... Every box includes a minimum of 6 products and includes the Elle magazine!"

$19.00
per month
Subscribe
Write A Review
User
I subscribed in October and committed to a 6 month membership at a rate of $17/month. First two months went off without a hitch - I was not super excited about the boxes but they were OK. When I was billed me for the 3rd (and 4th) month - I noticed they had billed me for an incorrect amount. There wasn't a big difference, but it was more than I had committed to. I have reached out to customer service multiple times and the last response I received was on December 28 when they said they would get back to me on resolving the issue (FYI - it is now early February). I reached out to them today and apparently their answer to the problem was to cancel my subscription. The moral of the story - there are a lot of choices on where to spend your money on a beauty subscription service. I would recommend doing business with a company that bills you what they say they are going to bill you and has a customer service team that will resolve the problem, not just cancel your subscription to make you go away.
Shipping
Customer service
Retail value
Quality of products
Curation
Ease of canceling 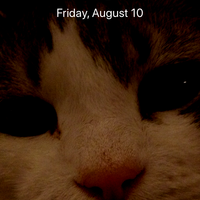 Miss
I have subscribed since December 2017. I subscribe for a full year to get the best price. This box has never, ever disappointed me. The box &amp; presentation are nice as well.
rating n/a
Diane
I have been a subscriber for 3 months now and I have loved every single box!
Shipping
Customer service
Retail value
Quality of products
Curation
Ease of canceling
view more reviews (4)
Must be logged in to write a review.