Lip Factory is a makeup subscription service. Each month they send you full size makeup products from various brands. Shipping is included in the $22 subscription fee to U. S. and Puerto Rico Subscribers. There is a $4 shipping fee for Canadian Subscribers and $10 for all other international subscribers. How Do Subscribers Rate Lip Factory? 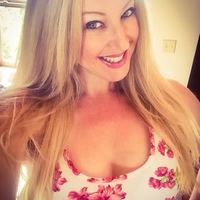 Venefica
First Review
Lip Factory are no more. I signed up last month, they sent me out a box, then e-mailed me to say they will no longer be sending out boxes and cancelled my recurring payments. Probably just as well. I asked for NO RED LIPSTICK, and got the reddest darkest lipstick you could ever imagine. plus an eyeshadow primer and a pot of black eyeliner that took 3 days to finally wash off. I would have cancelled anyway. adios.
Report

Lisa
First Review
I received one box and then that was it...I was wondering the same thing..no November box or December box either.
Report

Cara
First Review
I got one Lip Factory box and promptly cancelled. First of all, I had to email the company 4 times to ask where my box was. While customer service was very nice, they were not very helpful in telling me where my package was and why it had not shipped. My July box was supposed to be shipped to me July 10 and did not ship until the end of the month, which isn't the end of the world however it was very annoying not knowing where my box was after seeing they had charged my credit card. Inside the box I received a poor quality eyeshadow, a chubby eye pencil; a brow fixing pencil (I am partial to brow gel, so not really interested in the pencil); a lip liner, a lint tint, and lip paint (dupe of lip tar). I realize the company is called "Lip Factory", but out of 5 lip products, 4 of them were basically lip glosses. I wasn't impressed, and cancelled.
Report

Jess
10 Reviews
I've been subscribing to lip factory for 2 months now. I'm starting to get frustrated with them because their shipping methods are lame. Supposedly, they ship based on when you first signed up (eg. the 15th of every month) but both months I didn't get my shipping notification email until the end of the month. So I have been getting my May box in June, etc. There are a lot of complaints on their facebook page about this, but it doesn't seem that they're doing anything. I really really love their products and the overall value but frankly birchbox and ipsy were just more predictable and easier to deal with. I'm not sure whether I'll cancel based on this but I'm on the edge.
Report