KLUTCHclub Women is a monthly fitness and health subscription box for women. Products included range from fitness DVDS, to healthy snacks, and beauty products. The monthly box costs $10 a month plus $8 shipping. Save $2 a month with annual subscription ($8 a month with $8 shipping). How Do Subscribers Rate KLUTCHclub Women?

Emmie
First Review
This box has been renamed to Bestowed, and is still offered apparently.
Report 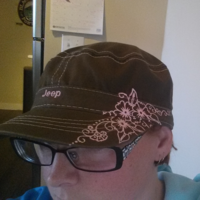 Tiffin
13 Reviews
I tried them once, I think it was a Groupon, and was VERY happy with what was in my box. Will be signing up for regular shipments again once the other box I'm on has run through the year I paid for.
Report

kiwimango
23 Reviews
Second the terrible customer service. My first box had a powder drink mix that arrived with the seal opened. I emailed to request a new product and was told that it's safe to drink! I refused to drink a product with an opened safety seal and they offered me a discount off my next box as compensation when I pushed the fact that an OPENED FOOD PRODUCT is not safe. Forget that! Unsubbed and unimpressed.
Report

Kim
First Review
Terrible customer service I received a box from them, and one of the items, a can of soda, had exploded. The box was soaked and a number of items were ruined. I contacted Klutch through their website which stated it would take 2-3 business days for a response. Two weeks later I heard nothing, and I left another message. Its been over a month and nothing. Don't waste your time
Report
Close Gallery
❮ ❯