"Kidbox is a kids style box that combines cool brands, meaningful savings and a mission to clothe children in need. Sign-up to receive 5 seasonal boxes each individually styled just for your unique kid. Each box contains 6-7 items of clothing arranged by outfit from known brands such as Diesel, Reebok, Butter, LimitedToo!, Seven for all Mankind and more. No upfront fees, zero obligations and shipping is free both ways. Keep the entire box for $98 or keep only what your like and return the rest. Kidbox doesn't charge your card until 7 days after you've received your box and made your selections. What's more. When you keep an entire box, Kidbox makes a donation of new clothes to needy children in partnership with non-profit K.I.D.S/Fashion Delivers, Kidbox has the mission to clothe over 1 million children in need." Ages 2-14.

$0
Get 10% off your first order + free shipping!
TRY10
Copy code
Subscribe Now
No I don't like saving money Check out our review of the Kidbox Spring 2019 for babies! Read more... How Do Subscribers Rate Kidbox?

User
2 Reviews
Absolutely thrilled with my Kidboxes! Got one for my 5 year old son and one for my 7 year old daughter. They are ecstatic!! Great customer service too!
Report

User
First Review
I have had kidbox for two years now. Over the past two years i have purchase 14 complete boxes and pieces from a few boxes. In the beginning the boxes where great i was getting new brands great quality clothing real surprises for the kids it was amazing. Now the boxes are more than half filled with kidbox brand clothing. I didn't order this boxes for store brand clothing so I will be canceling after the fall box this year unless I'm wowed by it
Report 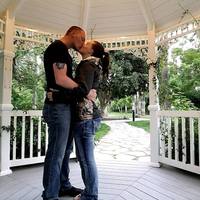 User
First Review
So we got elizabeths kid box today.... Suppose to be" brand name brand new clothes" went to put the shirt on her right from the box and noticed this bright green sticker! They are trying to say the retail vaule is 217.99 for 7 clothes and they are only charging us $88 for the box (and if we kept just the shirt it would be 40 but the green sticker says 3.99!) which is great...if they were new clothes NOT USED! I will add that we have not shopped at a ross, goodwill or thrift store in at least a year. So it did not come from our house.
Report

Gina
2 Reviews
My 7-year-old daughter loved the clothes she was sent in her first box. I think it is great they offer size exchanges, when available. And that's when things went wrong for us. Everything, except 1 item, fit perfectly, but we were not able to exchange it for the correct size. Because I had to return that one item, the price of my box INCREASED from $98 to $149. I understand the extra discount when a full box is purchased from other subscription services. But a increase of that much is ridiculous and resulted in immediate cancellation by me and returning all items (except the 2 I mistakenly already removed the tags from). I feel their pricing system is very deceptive.
Report

User
First Review
I signed up for a kidbox for each of my children; my son is five and my daughter is right. I received a total of three boxes before I had them cancel my account. Here was my experience: First, there was only one piece of clothing in each box that we're both pieces that my kids could wear to school and were affordable. In that box, though I specified the clothes were for school, my daughter received crop tops. Which is insane, because I don't know any school that allows 8 year olds to wear crop tops. My son received shorts with cargo pockets. I noticed then that there was no way to specify this when ordering a box. My sons school doesn't allow cargo pockets. I sent an email letting the customer service know my issue and their reply was simply to say that I need to specify what I wanted or needed in the box on the website. They obviously didn't read what I wrote. The second box arrived, and everything was too expensive, didn't fit (because my kids are tall and there is also no way to enter measurements or even generalized things like "tall, petite, etc," or weren't appropriate for school. The third box arrived and the above was the same. Only this time I paid better attention to the pricing. The company had written a retail value of one of he jeans and marked it down in the list. Upon further examination, I noticed that on the tag of the very same jeans, the "retail price" was lower than their "sale price" they were selling it for. They shot themselves in the foot! The only way to get at least somewhat of a deal from the kidbox is to take every single item (and even that is still a ripoff, because I dug further into their pricing and it's some of the worst on the online market for "bargain" buys). When I informed them of heir hypocrisy and sent them an email asking them why the jeans showed a retail price lower than their "marked down" price, I never even got a response at all. They completely ignored my question. So, there's that terrible customer service again. And while I appreciate the charity portion, they also don't specify exactly what this "outfit" they are providing costs or consists of. And is it really worth how much you are spending to get that? Other organizations give a lot more. Some organizations like Toms give away one for one. You buy one pair of shoes, they give one. So their profits aren't sky high as kidbox is. They are ripping people off, so of course they can afford to throw one measly outfit out here and there. Plus, they ONLY donate IF you buy the full box, which is still overpriced, albeit not as much. Overall, I would only recommend buying from kidbox if you have money to throw away, don't mind customer service that isn't that great, and don't care much about the charity portion.
Report

Angy
3 Reviews
I ordered this for my grandson on a whim. I am so glad that I did. We loved everything. All higher end items, especially the jeans. He got 3 pairs of jeans, 4 shirts, and the cutest pullover hoodie ever. ( He is only 2) I love finding him things to wear that every other kid at daycare doesn't have the exact same outfit. We were so impressed that I ordered a second box that very day! Can't wait to see what upcoming boxes have in store for him. Thank you so much from a Nana that works usually 60 hours a week. You have certainly made my shopping so much easier.
Report
Close Gallery
❮ ❯