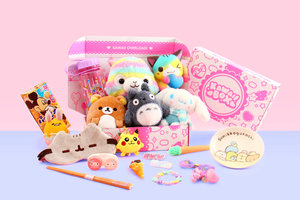 Kawaii Box is a monthly subscription service that sends you cute items from Japan and Korea. Each box includes 10-12 original and licensed kawaii items. Shipping is free worldwide.

Robin
DO NOT SUBSCRIBE TO THIS BOX!!! It’s now July11,2019 and I’ve been charged for 2 boxes on May &amp; June 1st and HAVE NOT RECEIVED ONE IOTA OF ANYTHING!!! DO NOT SUBSCRIBE!! FAIR WARNING! THEY WILL TAKE YOUR MONEY AND BLAME THE MAIL SERVICE FOR THE PROBLEMS.
rating n/a
Emintosubscriptions
I don't recommend this box. Despite what the name of the box, the contents and the title of the website when you google it (Kawaii Box – Monthly Cute Subscription Box from Japan) This box isn't from Japan. It's from Singapore. I subscribed because I was a fan of Doki Doki crate and Kawaii box had a similar theme. They really aren't comparable. A few minutes after subscribing I found the review below that mentioned the items being from Taobao (a cheap cheap cheap Chinese shopping website that peddles poorly made goods, similar to Alibaba.) I attempted to unsubscribe and was going to email them to ask for my money back. The email I got after unsubscribing said that If they hadn't charged me yet I wouldn't get a box, so I didn't email them. But a few days later they charged me and shipped the box. That's when I saw that unlike other boxes, your subscription cancellation goes into pending instead of cancelling right away. I thought I'd check it out when it came in and come to a conclusion then. It took 2 weeks, (estimated 2--4) which isn't bad for an actual great product from Japan, which this isn't. Consensus: Not worth it. Everything felt very much for small kids, unlike Doki Doki box or Yume Twins box which feel more for every age. The items were very cheap. They felt like dollar store items. Not worth the price. Not only that but the packaging of most of the items was bent and some of it smelled bad. Most was labeled as made in China. Which...well, is not Japan to say the least. Not worth the money. If you want boxes with actual cute items, not trinkets, but fun items which also happen to be cute, a lot of which are useful, go for Doki Doki Crate or it's competitor Yume Twins box. I've only tried Doki Doki (I liked it a lot) but Yume Twins has some great reviews as well. I'd rather spend more to get better quality items actually from Japan than spend slightly less for cheaply made trinkets.
Shipping
Customer service
Retail value
Quality of products 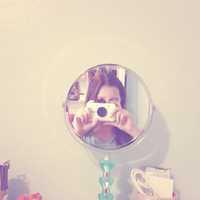 **Ryan**
Shipping....It takes forever to get your box, and your 11 year old daughter will ask you every day if her Kawaii box is in the mail! Products....While opening and reviewing all of the products in your box you will probably note how adorable everything is and love every last item you pull out. However, about a week or two later you will certainly realize that it's just a cute novelty and end up tossing 95% of it.
Shipping
Customer service
Retail value
Quality of products
Curation
Ease of canceling
view more reviews (5)
Must be logged in to write a review.