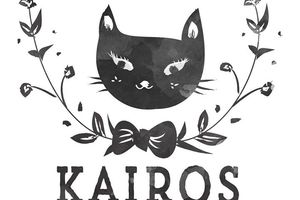 Kairos is a subscription service that delivers a themed curation of accessories, jewelry, stationary and home decor from independent artists directly to your doorstep. Each month, you will find a themed box filled with a collection of handmade items that are dedicated to bringing inspiration, loveliness and creativity to all customers.

Stephanie
Their closing down was handled very poorly. They did nothing to communicate to their customers to let us know that they were closing down. I never received my August box and they are not responding to their emails. Their website and all social media have been taken down. It looks like they only sent out August boxes to those people who had blogs. I was charged back in July for the August box and as it's been more than 60 days I doubt I can get my money back.
Shipping
Customer service
Retail value
Quality of products
Curation
Ease of canceling
User
As stated by others recently subscribing to Kairos, they charge you for a subscription, never send anything, never answer emails asking where your shipment is and then will go ahead and charge you again for another month. When i finally got someone to email me back, basically by posting on their Facebook page, they said they had a family emergency and their inbox was backlogged with emails but they were so sorry I didn't receive my August box and they were shipping it out ASAP along with a welcome gift. Well, that was promised the first week of September, it's now the 19th. I've sent numerous emails asking to have my $60 refunded, with no reply. I've sent at least 7 or 8 emails with only 1 response. My first order was placed on July 31st, I've been charged twice and still haven't received anything. I've since filed a dispute with my bank and honestly think Kairos is a scam just taking money from people. I've tried googling the company to get a phone number to speak to anyone and they don't exist. DO NOT SIGN UP FOR THIS SUBSCRIPTION!!!!!!YOU WILL BE CHARGED AND NEVER RECEIVE ANYTHING. POOR CUSTOMER SERVICE AND A DISHONEST COMPANY.
Shipping
Customer service
Retail value

Antoinette
I received an e-mail saying I cancelled my account which I DIDN'T! Also ordered my 1st box on 8/7/16, sent several e-mails asking when I can expect my box & WHY I got an e-mail saying that I cancelled my subscription. NO RESPONSE...poor customer service, the worst! I tried to login trying to find more info. said I don't have an existing subscription???
rating n/a
view more reviews (2)
Must be logged in to write a review.