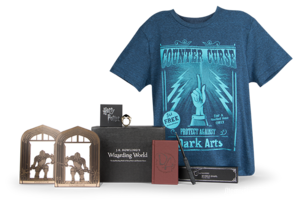 Deal Alert!
Click Here to save 10% off any length subscription, or $3 off month-to-month
$39.99
every other month
Subscribe
Write A Review

Bonnie
Not worth it. So far I've had a handful of items that I would consider exclusive and worth the price but in the year and a half I've had it, it's been questionable at best. The shipping now is just utterly awful and my September crate is estimated to be here in December. And the November one in Jan of next year. That November one is supposed to be Christmas themed...So what good is that after Christmas? Silly. Cancelled my sub. I suggest everyone do the same until they have a more reliable shipping schedule or items worth the sub.
Shipping
Customer service
Retail value
Quality of products
Curation
Ease of canceling
User
The September crate just never arrived. Wasn't even attempted to be sent. Customer service demanded pictures of all the other crates I had received before they would do anything, even though I showed them screen shots of the fact that they invoiced me 4 times, but there were only two tracking numbers. Took 3 weeks for them to figure out that they had never sent it in the first place. You end up paying for months in advance. Last two shipments have been delayed to the point where we're now pre-paid for two months. Items aren't really that special that it warrants the delay, the cost, or the crappy customer service.
Shipping
Customer service
Retail value
Quality of products
Curation
Ease of canceling
User
I paid for this crate back in mid-September and three months later I still have not received a thing. When you email customer service you get an automated response that they will get back to you within the week but I am still waiting for a response more than a week later. I am very disappointed as it was a birthday gift for my daughter and she asks every day if her loot crate has arrived. I would NOT recommend this company. They have zero customer service and it appears to be a scam. I am calling my credit card company to see if I can get my money back.
Shipping
Customer service
view more reviews (1)
Must be logged in to write a review.