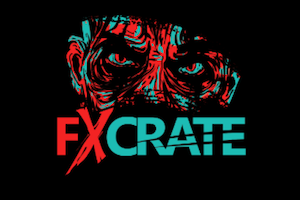 not yet rated
Ships to:
makeup

"Get all of the special effects makeup you could ever dream of, delivered to your door monthly. We have several plans: Bronze, Silver, Gold, or Platinum, in order to fit any budget. Our products are sourced from major brand names, to the best Indi-Companies on the market. We also do our best to test each item to ensure you get the most out of every month's box!"

$24.99
per delivery
Subscribe
Write A Review
User
I ordered an fx crate on Jan. 20th for my daughter, they said it was sent out on the 21st of February. It is now March 10th and still no crate, sent 8 emails with no response. They send out a bogus tracking number which only states that a shipping label was created, but nothing has been received by the post office or shipped out. This company doesn't even have a phone number to call for customer service. They tried to charge me for a second subscription box when I haven't even received the first one I ordered. DO NOT ORDER ANYTHING FROM THIS COMPANY! Your chances of actually getting it are slim to none. This is one shady company that only cares about taking your money, nothing else.
rating n/a
Must be logged in to write a review.