M
3 Reviews
Found the products in my first box to be way, way, way over valued and just ok. Nothing bad morning great and I really, really wanted to like this box
Report

Courtney
2 Reviews
I am not impressed so far with this box. I ordered the March box which did arrive without issue. My issue has arrived from a special offer I received to add on the February box as they still had boxes left. I agreed - I wanted the blanket - but, despite being told the box would ship within 2 days, I did not receive it. I contacted customer service, received a reply (later than indicated I should) and they said they'd fix the issue. They even asked my preference for the color of the ring offered in the February box and said the box would ship priority mail. Instead of the February box, I received the March box again - without the cat toys and with the wrong size t-shirt. I'm now not getting a response from customer service. So far, I'm not impressed and very glad I skipped April's box pending the outcome of my first two orders.
Report 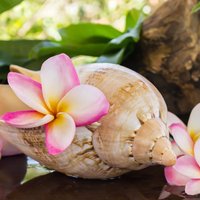 astrobabyg
10 Reviews
I am a cat lady, always and forever! I love my kids, but I would choose cats over them any day (just kidding) But I digress, I love cats and this box was made just for me! I love it to pieces and my cats love it too. Treasure and Diamond are two happy calicos!
Report