Carnivore Club is the world's first meat of the month club, which features handcrafted products from artisans all over the world.

Each month, Carnivore Club members will receive 4-6 cured meats that showcase this unique craft. According to their site, "Each month’s box is themed around one producer specializing in a particular style of cured meats: French Charcuterie, Italian Salumi, Spanish Chorizo, South African Biltong and Artisanal Jerky are but a few. Carnivore Club loves artisans that purchase ethically treated animals, employ humane slaughtering practices, use locally sourced ingredients and have a passion for making exceptional products." The October 2017 Carnivore Club box was full of artisanal meats from Parma Sausage. Check out our review to read all about them! Read more... How Do Subscribers Rate Carnivore Club?

boxer
First Review
These people are a real piece of work. I asked for immediate shipping. They said they would get it out right away. I will hand it to them, they were very responsive right away. Until they ignored me a month later when I asked where was the items. I had to do a chargeback. Real nice present I bought for someone. These guys are scam artists.
Report

User
First Review
I could not be more Disappointed in this site. I did my due diligence in mid October and messaged them prior to my order asking if it was too soon to order for Christmas, I was concerned that some of the products may be expired by the time Christmas would come. Their support team was very firm in their answer that the product would not expire before Christmas came and I could feel free to order anytime now. I then placed my order and received it in a week only to open it and find out one product Was set to expire a month and a half before Christmas, one product was set to expire five days after Christmas and two other products were set to expire 10 days after Christmas, leaving only one product with no expiry date. I emailed them of my experience they obviously did not understand what I was trying to say, their reply was that “we do allow for you to choose the month for shipping, we have added a $10 credit to your account”. My problem wasn’t that they shipped it in an improper timeline at all. So I replied again saying they must’ve interpreted my email wrong and explained again in different wording my issue that this was a gift for Christmas and I had asked prior to ordering if I would be OK to order now and the products wouldn’t expire by Christmas, I told them a $10 credit on my account doesn’t nearly suffice the $50 I spent for a Christmas gift that was going to be 80% expired by the time I made it to my Christmas party. no response this time. Terrible communication from the start and it is very clear that there is a communication breakdown happening in their customer service chat. The worst of all this is that they’ve deactivated their phone line so they don’t allow for phone calls… But they don’t understand when you email them either?! Brutal!! Never again! Won’t be using that credit! Beware.
Report 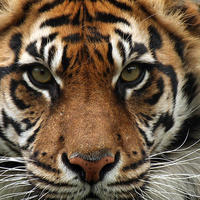 john
First Review
Don't believe the positive review you read or the gorgeous images of boxes. The products you will receive have nothing to do, quantities are smaller, varieties aren't has good. It's mostly stuff you could easily buy at your local grocery store for cheaper. To top everything, their customer service is horrible.
Report

Dina
2 Reviews
TL;DR: Agree wholeheartedly with the awful customer service. Detailed version, so you can avoid the same problems: Bought 2 Groupons as gifts at different times. Used the first with no issues. Tried to buy a Black Friday special (without the Groupon) and the purchase wouldn't go through. Customer Service responded days later saying the promotion had ended. Back and forth that it was valid at the time I tried making the purchase. Then they said oh, it was only until 11:59 Eastern time, which was not specified anywhere but the purchase was still attempted in that time frame. They stopped responding with no resolution. Tried to use 2nd Groupon as a gift but code will not work. First they request a copy of the voucher, claiming it must be expired (it's good til January). Then I get the excuse that I had already used a promotional code so I cannot use another and need to use the Groupon as a gift. Explain the last one was a gift, this one is also a gift, they were purchased during different times, and someone else was unable to use it under a new account as suggested. No response for five days. Now they say there's a technical issue so I'll have to contact Groupon for a refund because they can't do anything.
Report
Close Gallery
❮ ❯ Godiva Chocolate of the Month Club