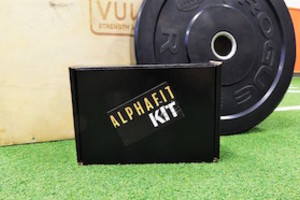 "Alpha Fit Kit is the ultimate box for the fitness buff. Every box has apparel, gym gear, supplements, workouts and discounts! Whether you're just beginning at the gym or are an experienced lifter, we have everything you need for a successful workout!"

Deal Alert!
Click Here to save 15% off your first box!
$24.99
per delivery
Cancelled
Write A Review
User
I received the June box & was very disappointed. The box did not include any descriptionsuggestions if the items sent. I received a tank, plastic keychain, one quest bar, & one sample packet. 4 items, I thought that seemed less than described. I emailed the company and they described several other things I should have received but didn't offer to fix their mistake. I felt their emails were very unprofessional & I am surprised they run their business this way. There are many other great boxes out there. Do your research & don't make my mistake. You won't receive the quantity they advertise & it'll be a waste of your money.
rating n/a
Whitney
I received the March AlphaFit Kit and it included: "Gym Hair Don't Care" Women's T-shirt (you can select gender and size when you order) Power Straps lifting straps (pack of 2 straps) 2 Honey Stinger snacks (a honey type cookie/wafer) 3 Outrage Pre-Workout single serving samples (Fruit Punch flavor) 1 package (4 servings) Lambrada protein powder (Chocolate flavor). All in all not a bad box for $24.99!
rating n/a
Must be logged in to write a review.